Both the Mara and Djuma teams had an action-packed week with some great surprises in both locations. The rain is still creating tricky conditions for the Mara crew, as most roads are not drivable so searching is limited to main roads but despite this we have been super lucky!

On Sunday, we found Naretoi the cheetah and her remaining son looking for the missing brother who was last seen on Friday evening. Sadly there has been no further sign of her or her boys this week, and we suspect she could be in Tanzania.

A major surprise for me was coming across, Kakenya a female cheetah, who is in fact the mother of Naretoi. As we arrived on the scene, the vehicles in the sighting ahead of us told us they had already seen her carrying three cubs from one spot to another.  We waited in anticipation for a few minutes and then were lucky enough to see her fetch another two tiny fur balls and stash them away. It is the first sighting of these cubs and is such an exciting prospect. With the migration around the corner her timing is perfect to provide enough food for five growing cubs.

Djuma’s Monday blues were swiftly brightened by uncommon visitors – cheetah!  The last time cheetah were seen on Djuma was on the 14th of January. This time it was a mother with two cubs in tow, a boy and a girl, who we guess to be about seven or eight-months-old. She managed to catch a young kudu that morning and provided great viewing in the afternoon and the following morning.

The team up in the Mara also had reason to celebrate on Monday as Tristan finally managed to track down the Sausage Tree Pride who had been in hiding for about about two weeks. They managed to take down a massive buffalo bull – an epic showdown between two of Africa’s greatest rivals. The battle went on for over two hours.

Also on the lion front, the Torchwood Pride and cubs gave playful entertainment on Sunday and then the Styx Pride arrived, well north of their normal territory, to kill and eat a wildebeest.

Thandi and Tlalamba arrived at Djuma on Tuesday morning. The cub was her usual playful self whilst Thandi looked focused on finding a meal.  She drank at Buffelshoek dam that afternoon, with no sign of the cub, the little one in all likelihood tucked away while mum went shopping. 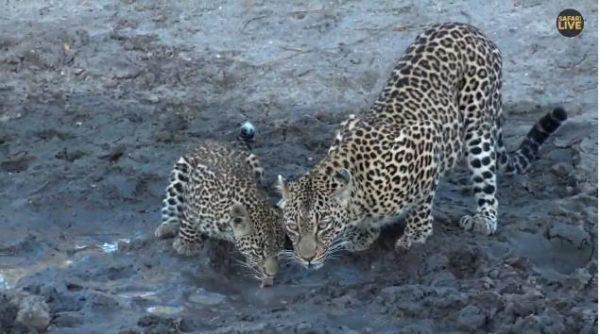 Tingana continued to make his presence known vocalising and scent marking. Later in the week Hukumuri returned after a ten day absence perhaps in response to Tingana’s rasping calls. He managed to take down another warthog LIVE with Tayla and spent the following day snoozing, with a belly full of bacon. Later in the week Tingana, made another brief appearance with more  scent marking and calling. 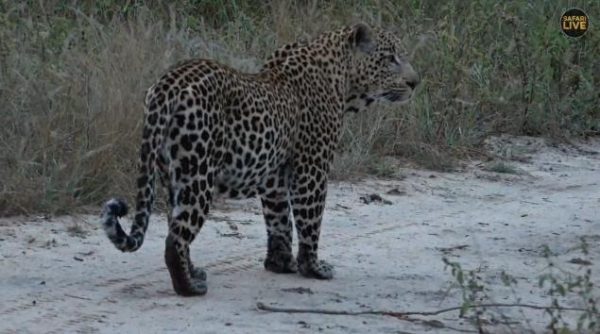 The wild dogs completed the action-packed week. Ralph initially had their tracks on bush walk so we knew they were around and then Tayla managed to find them as they were finishing off a kill. 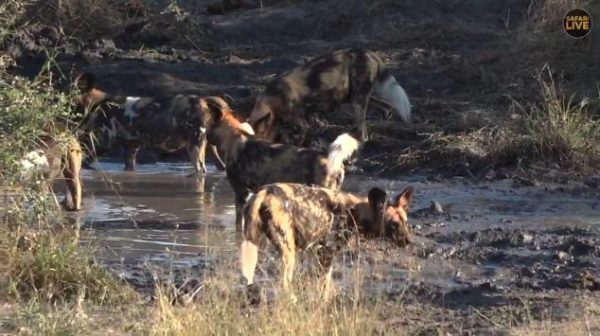 Another great week for safariLIVE. Let’s hope our luck continues!

About the Author: Bianca Lucas